I read this today and it made an impact on me, so I am sharing it with you! If you feel the same way, share it with those you care for. 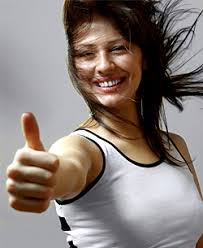 Following are six behaviors that increase self-esteem, enhance your self-confidence, and spur your motivation. You may recognize some of them as things you naturally do in your interactions with other people. But if you don’t, I suggest you motivate yourself to take some of these important steps immediately.

First, greet others with a smile and look them directly in the eye. A smile and direct eye contact convey confidence born of self-respect. In the same way, answer the phone pleasantly whether at work or at home, and when placing a call, give your name before asking to speak to the party you want to reach. Leading with your name underscores that a person with self-respect is making the call.

Second, always show real appreciation for a gift or compliment. Don’t downplay or sidestep expressions of affection or honor from others. The ability to accept or receive is a universal mark of an individual with solid self-esteem.

Third, don’t brag. It’s almost a paradox that genuine modesty is actually part of the capacity to gracefully receive compliments. People who brag about their own exploits or demand special attention are simply trying to build themselves up in the eyes of others—and that’s because they don’t perceive themselves as already worthy of respect.

Fourth, don’t make your problems the centerpiece of your conversation. Talk positively about your life and the progress you’re trying to make. Be aware of any negative thinking, and take notice of how often you complain. When you hear yourself criticize someone—and this includes self-criticism—find a way to be helpful instead of critical.

Fifth, respond to difficult times or depressing moments by increasing your level of productive activity. When your self-esteem is being challenged, don’t sit around and fall victim to “paralysis by analysis.” The late Malcolm Forbes said, “Vehicles in motion use their generators to charge their own batteries. Unless you happen to be a golf cart, you can’t recharge your battery when you’re parked in the garage!”

Sixth, choose to see mistakes and rejections as opportunities to learn. View a failure as the conclusion of one performance, not the end of your entire career. Own up to your shortcomings, but refuse to see yourself as a failure. A failure may be something you have done—and it may even be something you’ll have to do again on the way to success—but a failure is definitely not something you are.

Even if you’re at a point where you’re feeling very negatively about yourself, be aware that you’re now ideally positioned to make rapid and dramatic improvement. A negative self-evaluation, if it’s honest and insightful, takes much more courage and character than the self-delusions that underlie arrogance and conceit. I’ve seen the truth of this proven many times in my work with athletes. After an extremely poor performance, a team or an individual athlete often does much better the next time out, especially when the poor performance was so bad that there was simply no way to shirk responsibility for it. Disappointment, defeat, and even apparent failure are in no way permanent conditions unless we choose to make them so. On the contrary, these undeniably painful experiences can be the solid foundation on which to build future success.

To follow more Denis Waitley, go to the following link: